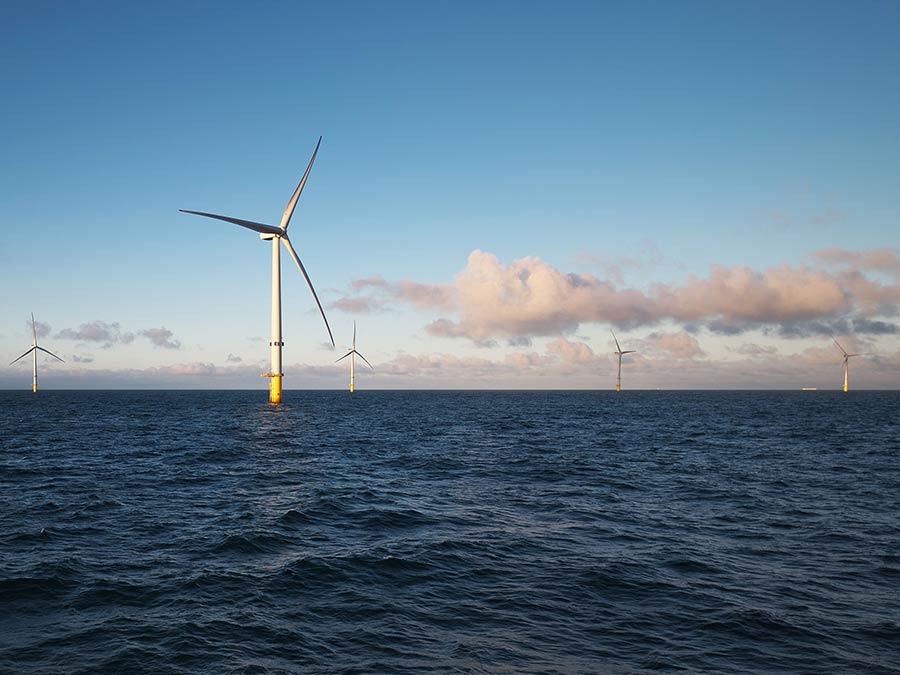 RWE, one of the world’s leading offshore wind companies, has welcomed the award of a Maritime Area Consent (MAC) to Dublin Array offshore wind farm project by the Minister for the Environment, Climate and Communications.

The project is a proposed offshore wind farm, which will be located on the Kish Bank and Bray Bank, about 10 kilometres off the coast of South County Dublin and Wicklow. The project is being developed by RWE in partnership with Saorgus Energy, and is still in the design stage. It will comprise between 45 and 61 wind turbines, capable of generating between 600 and 900 megawatts (MW) of clean, renewable energy.

Sven  Utermöhlen, CEO Wind Offshore RWE Renewables, said: “We warmly welcome the granting of this Maritime Area Consent to Dublin Array, taking this this nationally important wind farm another critical step closer to delivery. Dublin Array will be a sustainable source of clean, green renewable electricity for the Irish market. The awarding of the MAC means that Dublin Array can now move into the final planning stages of the project in 2023 and submit a planning application to An Bord Pleanála. We look forward to continued engagement with the public, as we finalise our planning stage design.”

The Dublin Array project was originally known as the Kish Bank and Bray Bank wind farm developments.  It has the potential to reduce Ireland’s carbon emissions by 1.5 million tonnes per annum and to significantly reduce the State’s use of imported fossil gas. The proposed wind farm will produce enough energy to supply up to approximately 840,000 homes at peak production.

Offshore wind farm developers in Ireland need to have a Maritime Area Consent in order to submit a planning application for the project to An Bord Pleanála.

RWE also recently acquired 100% of Irish company Western Power Offshore Developments Ltd, which is in the early stages of developing the East Celtic Wind Farm project off the coast of Ireland. The project has an indicative 900MW potential installed capacity and reinforces the company’s commitment to offshore wind growth in Ireland. RWE is a key partner to Irish Government in the delivery of its target of connecting 7GW (7,000MW) of offshore wind capacity to the Grid by 2030.

This website uses cookies to improve your experience while you navigate through the website. Out of these cookies, the cookies that are categorized as necessary are stored on your browser as they are essential for the working of basic functionalities of the website. We also use third-party cookies that help us analyze and understand how you use this website. These cookies will be stored in your browser only with your consent. You also have the option to opt-out of these cookies. But opting out of some of these cookies may have an effect on your browsing experience.
Necessary Always Enabled
Necessary cookies are absolutely essential for the website to function properly. This category only includes cookies that ensures basic functionalities and security features of the website. These cookies do not store any personal information.
Non-necessary
Any cookies that may not be particularly necessary for the website to function and is used specifically to collect user personal data via analytics, ads, other embedded contents are termed as non-necessary cookies. It is mandatory to procure user consent prior to running these cookies on your website.
SAVE & ACCEPT